This is a sample of using lightmaps at varying resolution. For larger models higher resolutions are needed however for small models a resolution of 128 seems to suffice.
Posted by Geniusprime at 9:49 AM No comments: 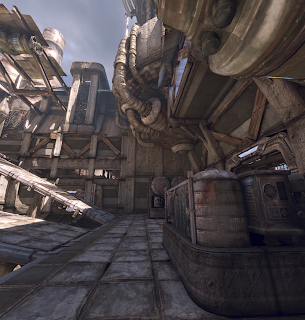 This image is the original screenshot taken from the Unreal Editor without GPU anti aliasing. 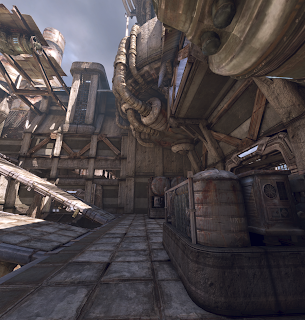 Posted by Geniusprime at 5:24 PM No comments: 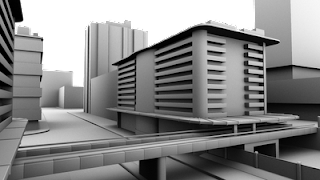 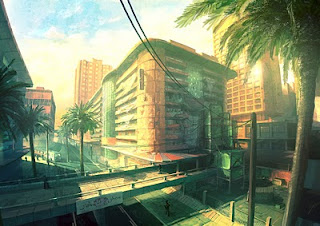 This is the reference image that would be used in this project. It was done by Antifan Real from Deviantart.

The objective is to create a high quality render that is comparable to Mental Ray and other high end renderers using the Unreal Engine as the renderer. The scene would be modeled, textured and lit in Maya. Then the scene would be exported to the Unreal Engine for rendering. One of the features that would be worked on to facilitate the exporting of the scene is a custom exporter. The main function of this exporter is to exporter the scene intact, seamlessly carrying across to the Unreal Engine models, textures, lights and cameras. Once that is successful the next step would be animation of models, lights and cameras. The file format of choice would be .t3d.

A successful plug-in would make the transition between to the two programs as seamless as possible allowing for most of the work to be done in Maya and little to no configuration of the scene when exported to the Unreal Editor.

Current plug-in reference is from http://nccastaff.bournemouth.ac.uk/jmacey/RobTheBloke/www/research/maya/exp_plugin.htm

Posted by Geniusprime at 1:26 PM No comments: