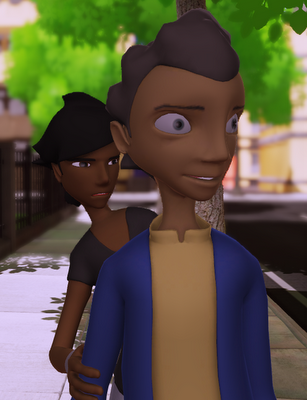 I have added Ambient Occlusion to the guys to improve the overall visual quality.

Posted by Geniusprime at 12:54 AM No comments: 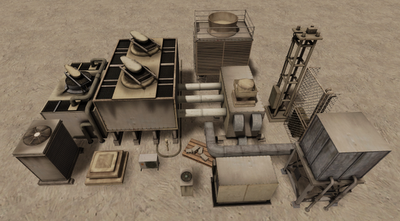 Posted by Geniusprime at 11:59 PM No comments: 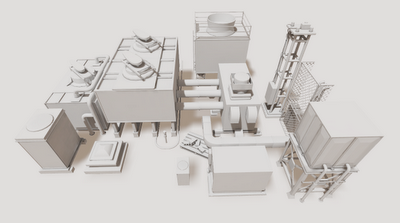 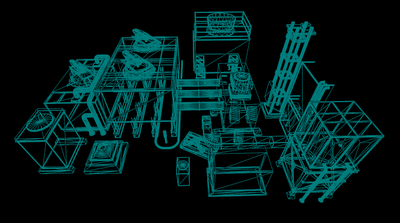 These are the props that would be used in the next episode of Nano and Sketch.
Posted by Geniusprime at 11:02 PM No comments: 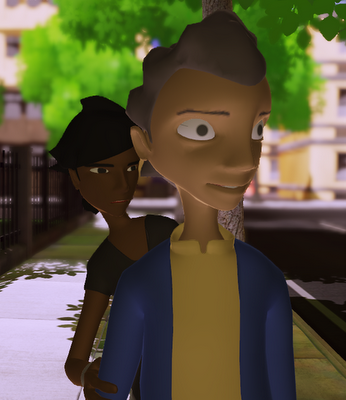 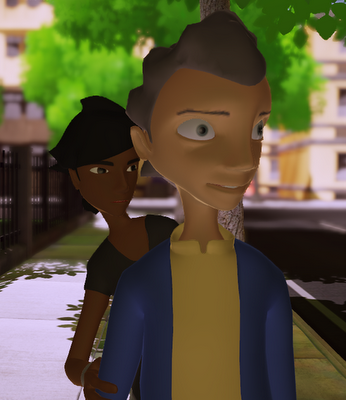 New Eyes
I have updated the eyes. They now have added extra details, specularity and pseudo reflectivity. In addition to that I got rid of the black line by extending the area of the color map beyond the UVs for the eyes.
Posted by Geniusprime at 10:29 AM No comments: 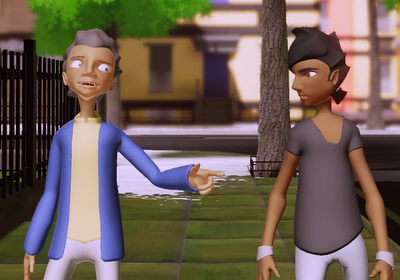 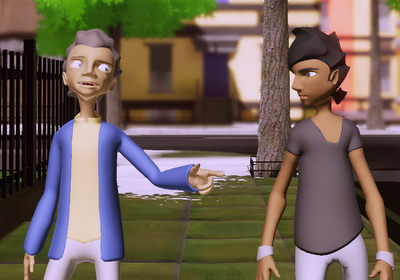 Above is a comparison between the old and new skin shader. I am using a fake sub surface scattering in the new skin shader to give the skin more depth and color variation.
Posted by Geniusprime at 10:29 PM No comments: 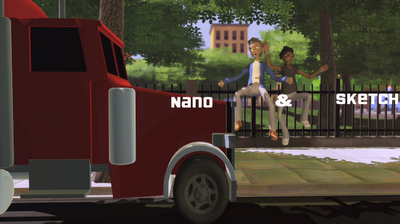 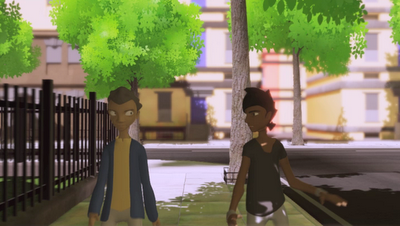 This is my most recent attempt with UDK. Its another proof of concept. Here is also a link to actual animation. Video

The overall process of getting the blendshapes and animation into the engine was rather painful. However in the end I finally figure out the process and the limitations of this this method of rendering.

My current setup for animation in Maya is that all animation is done on referenced rigs. The reason for this is to allow my animator to animate on rigs even if they are not fully completed. This also allows me to update the rig without breaking or affecting the animators current animation. However, this setup came with unexpected problems. Since the rigs are referenced in Maya, the referenced rigs all contained an additional prefix. So that MyRig when reference would be named MyRig_MyRig.

Originally I exported the character mesh from the MyRig file. This exported all of the joints and skin clusters. Then I exported the animation from the referenced file. However, the referenced file contain the prefix MyRig making the exported animated joints be named MyRig_joint1 instead of joint1. This created a naming conflict causing my animations not to work. So in order for me to keep my setup of the animator using a reference rig, I reference the rig into an empty scene and exported it to UDK. This appeneded the additional prefix and resolved the problem. Hopefully that makes sense to anyone who is reading this.

Posted by Geniusprime at 10:06 PM No comments: