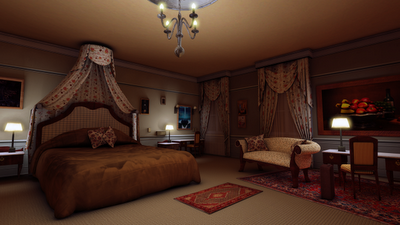 This project was based on Morgan Yon concept art. It was done in the same manner as the other renders. Youtube. Files

Posted by Geniusprime at 1:40 PM No comments:

This is a short video test I ran to using the UDK `DumpMovie_TiledShot`.

Posted by Geniusprime at 4:22 PM No comments:

The concept for this robot was done by a fellow classmate of mine Dongbo Sun. As with every project I ran in to several problems. Firstly I was unable to import the robot as one unit so it was imported in parts. When it was imported as one unit, the imported model was severely corrupted. Another issue I did not anticipate was the lack of free motion on the robot's shoulders and legs, limiting the positions that he can be posed. The final image is the best pose that I could have conjured up. Like the other renders that contain real-time reflections, I was unable to get the reflection to show when using `tiledShot`. In addition that the colors were off and it maybe due to the `tiledShot` ignoring some of the Post Process features. Here are the two images created. One was generated as a screen shot, the other using `tiledShot`. Here is the link to the UDK files. LINK 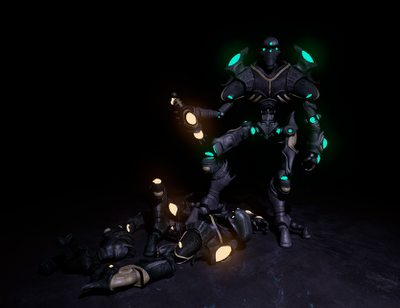 Taken as a Screenshot 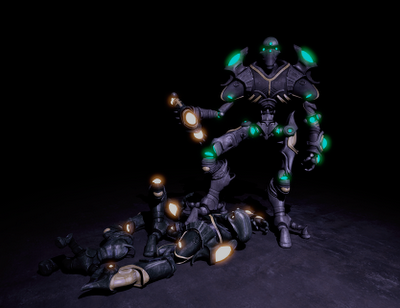 Posted by Geniusprime at 9:53 AM No comments:

This is Project 2 which is using the concept art of Alex Broeckel. For this one I played around with varying shaders but the results weren't up to spec. However, I was able to dip my hands in HLSL for making a custom overlay shader. I also got a bit more acquainted with UDK Post Process Volumes which would be very useful for future projects. For this project, I generated three renders because I was indecisive as to about the look and feel. The three renders are the varying attempts of trying different lighting conditions and effects. Here is the link to the UDK files that were used. LINK

Posted by Geniusprime at 11:25 AM No comments: